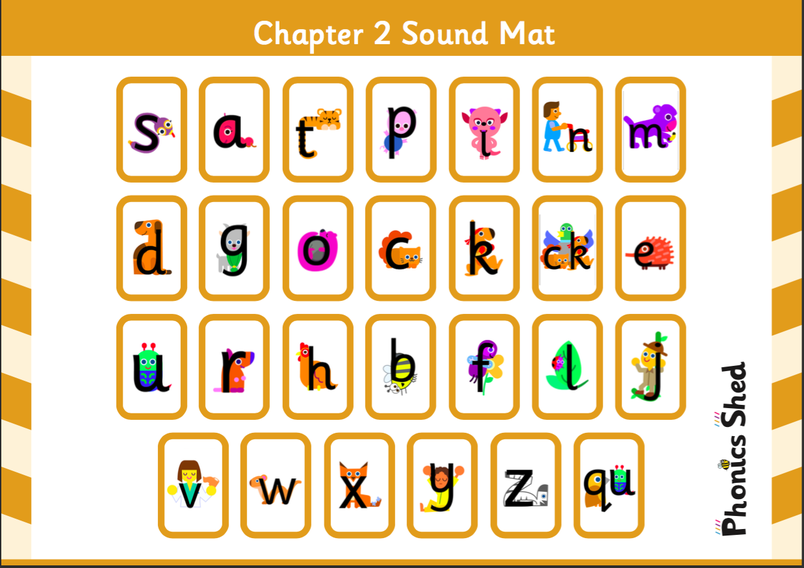 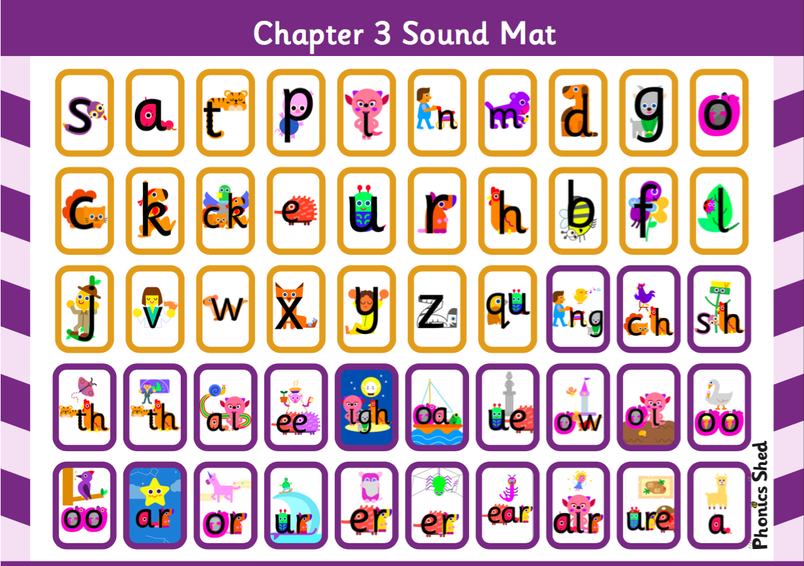 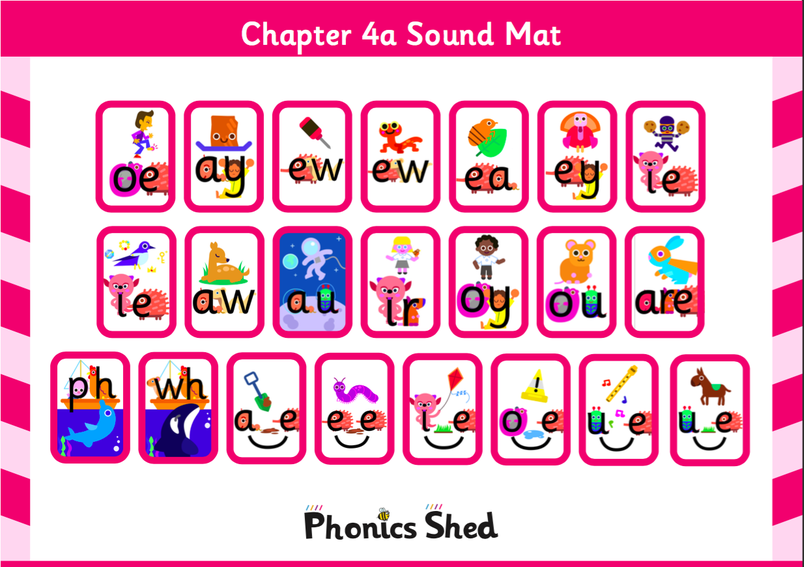 The scheme enables children to become fluent readers and writers by providing strategies to decode words by teaching links between letters and the sounds they can make; this is called Grapheme-Phoneme Correspondence (GPC).

Phonics Shed uses the blending and segmenting approach to teach children to decode words. Children are taught to blend sounds together to make words by using the ‘Sound it, Squash it, Say it’ technique. Then to segment words into sounds they are taught to ‘Say it, Stretch it, Sound it’.

The scheme is designed to run from the Early Years Foundation Stage (FS1 onwards) to Year 2, but can extend up to the end of Primary school for those children who need further support in phonics.

It connects with the existing Spelling Shed scheme to ensure all relevant curriculum objectives are met, while preparing the children for their Phonics Screening assessment using fast-paced progression through all common GPCs.

Children will be taught to read and spell a wide variety of words in a short space of time.

The initial stages of the programme not only introduce decodable CVC words but encourage children to attempt to blend and segment longer words. This is supported by a range of High Frequency Words (CEWs), including some partially-decodable common exception words (CEWs), which are linked to specific GPCs. These HFWs give children access to a wider range of texts as they account for up to 50% of school-based texts. As the children work through the scheme, they also gain access to decodable alien words. The Phonics Shed alien words match the criteria given for those used in the Phonics Screening assessment resources.

Phonics Shed also aims to foster a love of reading and writing through its strong, character-based narrative and engaging, multi-sensory activities. Joe is the first character the children will meet. The scheme comes with a puppet version of Joe and he has several of his own stories. He is a key figure in the scheme and acts as a guide from the very beginning, right through to the later Chapters.

Each grapheme-phoneme correspondence (GPC) has a character linked to it, including digraphs and trigraphs, as well as having their own supporting stories and associated actions to aid with consolidation. Most have accompanying songs based on common nursery rhymes too.

The 26 letters of the alphabet each have two formation characters linked to them, one for the lowercase and one for the uppercase. These characters are linked through the narrative as it is important to understand how they correspond in order to properly decode all text.

The scheme is split into four chapters, each of which has various subsections, and follows a similar progression to ‘Letters and Sounds (2007)’. Each subsections has a minimum of one weeks planning, one weeks consolidation planning and accompanying small group intervention plans attached to it, along with accompanying resources, suggestions of how to extend the skills beyond discrete phonics sessions.